Expanding our understanding and capacity for Love and Diversity. 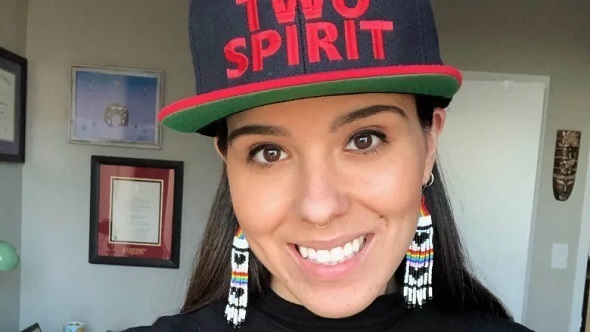 This week we step into painful territory as the worlds of the Affirming Ministry movement and that of the Truth and Reconciliation Process converge.

Our words for this week are Two Spirit and Bisexual

Two-Spirit: is a cultural identity used by some indigenous people who have both masculine and feminine spirits.

To best understand the complexity and beauty of the Two Spirit person, we are blessed to share the words of an Indigenous elder.

As we continue our work on learning to be Allies, we must understand and recognize the hurt and loss suffered by our Indigenous Communities in addition to the misunderstanding and loss to our culture by the lack of recognition of the deep Spiritual Gifts encompassed by those who are Two Spirited.

Bisexual: is a person who has emotional, roman- tic, or sexual attraction for a person of more than one gender.

The​ ​word bisexual is more of a descriptive term. It provides an understanding of a person’s sexual orientation but does not equate to the deep Spiritual roles that the Two Spirit people held in the traditional cultures.

The work of an Affirming Ministry Congregation is to ever expand our understanding and capacity for Love and Diversity. Those of the Two Spirit realm hold up for us an opportunity to imagine a world where once again those who linger on the edges of the spectrum shine the most beautiful light for all to see.

Won't You Be My Neighbour Affirming Ministry Survey Giving Thanks