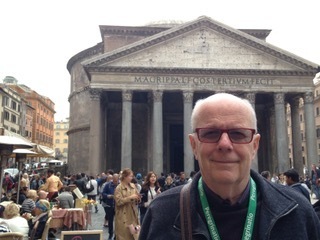 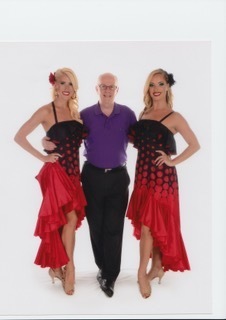 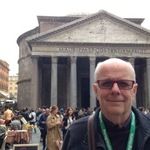 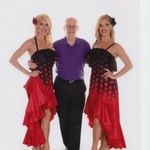 Sometimes I think United Church people can take humility too far. I notice when I mention to someone that I see particular gifts in them, the person is inclined to brush off the comment, feeling awkward at what might sound like praise. We often prefer to deflect affirmations, rather than accept them graciously. Maybe we prefer to deflect not only out of humility but because we wonder what might be asked of us, called from us, if we were to accept and live into the gifts God has given us.

When I was in training to be a minister, I did a unit of pastoral care at an extended care facility. I remember how distressed I was when the teaching nun told me I had a gift of pastoral care. I didn’t want that gift. I didn’t want to be ‘good’ at visiting sick people, at being at the bedside of dying people. It made me profoundly uncomfortable. What I learned over the years though is that the gifts God gives us lead us to also receive gifts without measure. Visiting people brings me such joy. It fills my heart and helps me shed whatever frustrations and crankiness I may have carried into the room. The gifts God gives us are not just things we are ‘good at doing’, but they are capacities that bring with them a life lived richly in the spirit.

The Scripture passage this Sunday is about the gifts of the spirit. We all have different gifts, and none of those gifts is more important than another - without any one of the gifts the body of Christ, the church, is not whole. It is fitting that our preacher Sunday is the Rev. Dr. Brian Thorpe because, in my eyes, there are not many people as gifted by the spirit as is Brian.

Brian grew up in Saskatoon and graduated from the University of Saskatchewan and St. Andrew’s College. Following graduate work at Union Seminary in New York, he was in ministry in Saskatchewan in Gravelbourg and as a chaplain at the University of Saskatchewan. He then completed a Ph.D. at McGill University in Montreal.  In 1980 Brian moved to Vancouver where he served three different congregations (University Hill UC, North Lonsdale UC, Mount Seymour UC). In 1994 he became the Executive Secretary of the British Columbia Conference. During that time the church’s response to the legacy of the Indian Residential Schools System became one of the most critical issues facing the church. In 2000 the General Council of the United Church asked Brian to work exclusively in this area. One of the primary foci of this work involved the development, in partnership with survivors of residential schools and the Canadian government, of an alternate dispute resolution project in the Gitxsan Nation in northern British Columbia.

Brian received the McGeachy Scholarship of the United Church which led him to write a research paper on the
United Church of Canada and residential schools. Brian was also the first-ever chair of Affirm.  From 2005 to 2013 Brian returned to pastoral ministry at Ryerson United Church (now Pacific Spirit United Church). Upon retirement, he was made Minister Emeritus in the congregation. He has also taught at the Vancouver School of Theology and is currently the Past Chair of the First United Church Community Ministry Society on the downtown eastside of Vancouver.

Brian is also a colleague and dear friend. I am grateful for his gifts and how those gifts have been offered to the church in general, and to Lynn Valley United this Sunday.

Please do tune in and worship with us.