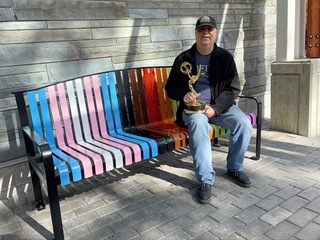 Ever since I can remember, I have been told not to be boastful; not to be proud of what I could do or when I did something remarkable, or when an outfit transformed my appearance or when I overcame a challenge…other people can comment on what you do, but do not say anything yourself- that’s conceit.

On the other hand, I was encouraged to celebrate every little thing imaginable- not just birthdays and holidays, but normal things like getting chores done, not running out of printer ink, having stamps, getting to school on time… celebrating anything and everything, as long as it’s not about you!

It’s confusing, I think that you are supposed to celebrate how awesome you are, but don’t be the one to point it out.
One of Christianity’s foundational teachers, St Augustine, proposed that the virtue of humility is above all other virtues- that a soul without humility has merely the appearance of any virtue at all.  As pride is one of the deadliest of sins, surely humility is the inoculation?  But what about those “once in a lifetime” achievements that recognize a lifetime of effort?  How do you acknowledge something that is the result of pouring your whole self into your work to make the world a better place?

In September 2020, my husband Bruce was part of a team of engineers that won an Emmy.  A software engineering manager may seem far removed from the television entertainment industry, but with the entire planet locked down due to a global pandemic, everyone was clamouring for alternative ways to do their work. The technology supported secure cloud connectivity for collaborative digital editing- a whole new way for programs to be produced so that the millions of people stuck at home still had something to watch to keep them entertained!

Bruce was proud to have played a part in it, though he downplayed winning the Emmy initially.  Over 100 computer engineers shared credit in developing and supporting this technology - a company-wide effort - but his hard work made a big difference. This is a big deal in the tech world, especially when it’s just as likely that your work can be deemed obsolete before it is even ready for release.

Having the Emmy statue in his hands proved to shift the pride quotient by an order of magnitude.  Holding it, he reflected on all of the skills he brought to the table, the continuous extra efforts through the tumultuous “Covid year” that contributed to their client's success. Seeing him hold a physical manifestation of the work Bruce does was indescribable.  To top it off, the statue, which had been making the rounds through the staff for a full year, was in his possession for Thanksgiving.

Emmy became the object of a week-long ‘gratitude celebration tour’ with us taking photos of Bruce with ‘her’ all over our neighbourhood. She went to church, did Lynn Canyon Suspension Bridge, The Chief & Shannon Falls, Ambleside, Harbourside, Maplewood Mudflats, Cypress, Britannia Mines, Coal Harbour, English Bay. She was the centrepiece for 3 different Thanksgiving dinners and was even featured in a professional photoshoot. She graced the mantle for a week and then was gone, on to the next on the list of engineers.

To say I am proud of my husband is an understatement - and I don’t think that is a sin. I think he is amazing and I was filled with joy to celebrate this accomplishment with him. I  suppose the fact that he is not sharing this story is a testament to his being genuinely humble, but if you ask Bruce to see the pictures of Emmy, you will see a little sparkle in his eyes that is witness to the fact that he is also kinda proud.

Kelly Jenner - You bought a tear to my eye. Thank you for sharing this.
Bruce Jenner - The Bible also tells us in the Gospels, "Nor do they light a lamp and then put it under a bushel basket; it is set on a lampstand, where it gives light to all in the house. Just so, your light must shine before others, that they may see your good deeds and glorify your heavenly Father."
Bruce Jenner, You are awesome - and modest. Let’s point that out on your behalf! An Emmy is prestigious award. It is recognition of how you have helped may people in a time of crises our generation hasn’t seen before. It is recognition of your life’s achievement(s), of your talent, skill, intelligence and incredibly hard work. This is something to be very proud of indeed.
In Christ, Jess.

Well said Kelly! And congratulations to Bruce! What an amazing accomplishment! You must all be very proud!