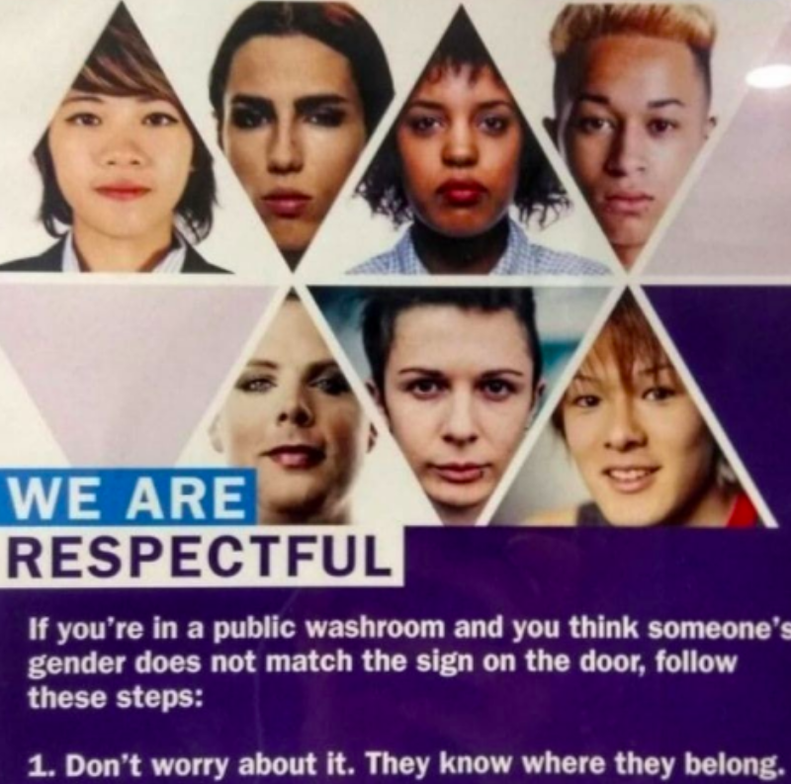 This Remembrance Day we think of the veterans who fought for the freedom and liberty of people they didn’t even know. They fought for a principle. The principle that every life matters and that racial marginalization, homophobia, and genocide were wrong. So many people gave their lives because they believed it was the right thing to do.

The caption on the poster above points out that if you are in a public washroom and you think that someone’s gender does not match the sign on the door, to relax and have faith that they know where they belong. The poster challenges you to stop and think before pointing out that “they” are in the wrong.

As we become more comfortable with our roles as Allies, we will become more at ease with welcoming anyone anywhere, learning to trust that they do know where they belong.  They belong with us, worshiping a God who loves and accepts all people on whatever spectrum they might be a part of.

We are all colors in the Rainbow!