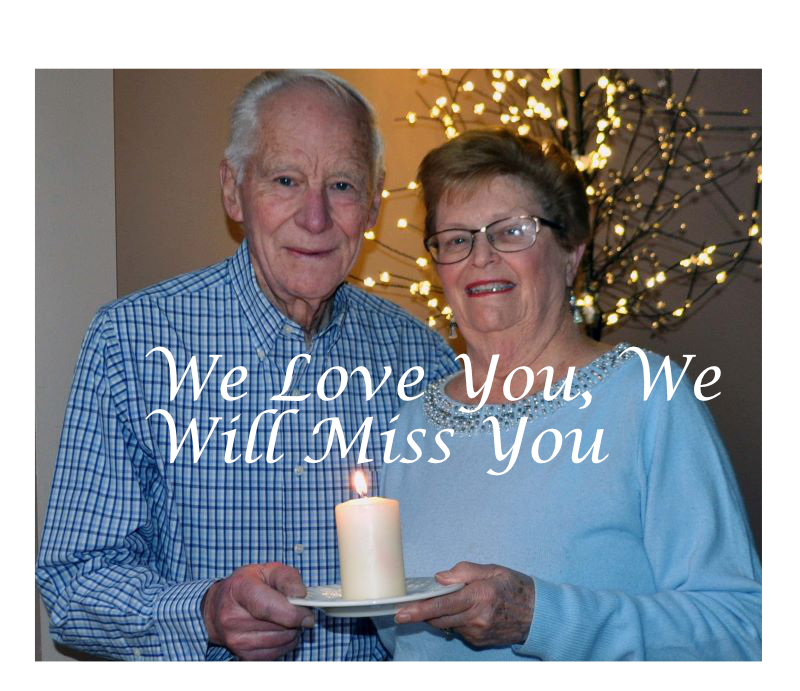 Last week I wrote about Alice; this is about Stan.

Alice says that Stan “should have been an accountant; he just loves fooling around
with numbers.” I am not so sure about that. He gives far too good an impression of
liking people. He and Alice greeted old and new faces at church every Sunday
morning. He knows all his neighbours since he talks to everyone he meets on his
daily walk. This is not what accountants are known for. Moreover, he had lots of
success in his chosen profession as a civil engineer, specializing in sanitation
projects. As Alice told me, “whatever Stan does, he does well.” But there is no
question that his love for fooling around with numbers has made a big difference to
us.

Stan came from a Ukrainian Catholic family and was not a church-goer when he and
Alice met (in Saskatoon where he was pursuing his Masters degree in civil
engineering), but a great minister at Knox United in Saskatoon changed his mind.
Church became part of their Sunday routine.  Stan started volunteering at church in a serious way once they moved to North Vancouver, after having lived in Saskatchewan and Manitoba and East Africa. Reg Wakefield got him started with counting offerings. He became Envelope Secretary, which required not only being comfortable with numbers but also having the unquestioned trust of the congregation.

He became a member of the Board of Governance (I was Board Chair at the time and remember Stan as a strong advocate for short meetings!), Treasurer, a Trustee, Treasurer again, and a mainstay of the Finance Team. Only as he leaves and we pick up the pieces do we see all the jobs he did for us. When our property development bore fruit, he was instrumental in forming the Investment Committee, interviewing potential fund managers, and setting up the Legacy Fund. He is known as a stickler for organization and procedures, a very helpful quality in both engineering and finance.

Stan is known as honest and forthright. He is not afraid to speak up and give his opinion, whether or not others agree. At the same time, he is a good listener, open to new ideas and open to changing his mind. (Joel Grinke tells me that Stan went from Friday Night Live skeptic to a huge fan and booster!)  He was always willing to lend a hand with church activities. He participated in Men’s Club activities, Lynn Valley Day booths, and pancake breakfasts. At our Fall Fairs he not only managed the cash but wore a red apron himself and strong-armed people into buying jams and jellies that they had no idea they wanted, and anything else left over at the end of the day (I know this from experience!) His love of berry-picking meant that he and Alice did a lot of canning and jam-making.

He loves his sports, especially his numerous softball teams over the years. He fancies gardening. He goes curling with Alice. Right now he is looking forward to fishing from his new home base in Courtenay, where they will be living a block away from daughter Amy. He enjoys his 12 grandchildren.

Alice will be doing her best to keep him from putting up his hand at their new church when they settle on one.

May 8
Waves
May 10
Spiritual Practices Monday
May 15
Waves