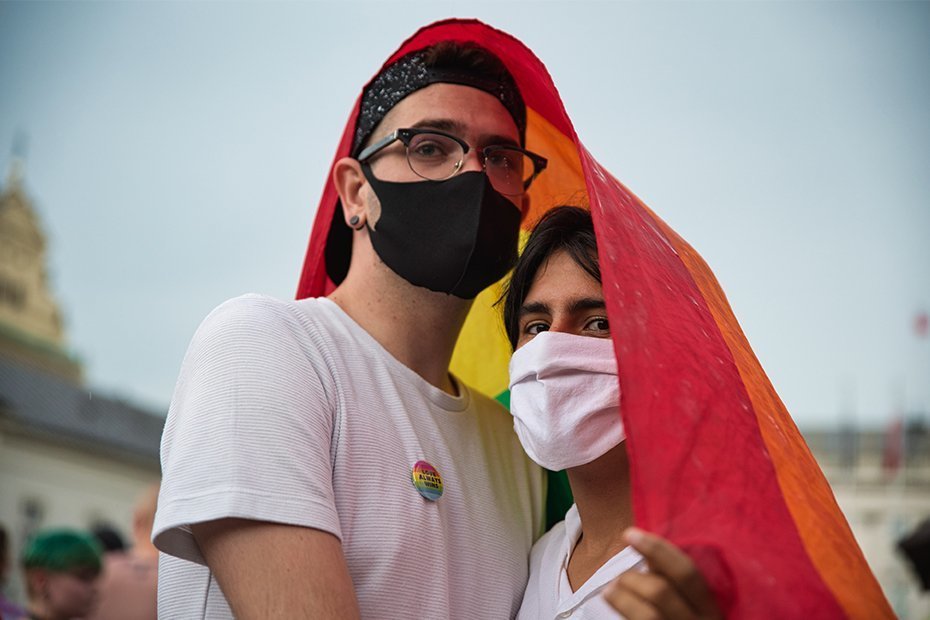 Despite being condemned by the Canadian Psychological Association, conversion therapy—the practice of trying to change a person’s sexual orientation or gender identity from queer to heterosexual or cisgender—still happens in Canada.

What is conversion therapy?

Conversion therapy, sometimes called reparative therapy, is carried out by licensed healthcare providers and by religious or spiritual leaders. Its methods include counselling, prayer, religious rites, medication, and more.

All approaches are based on pseudo-scientific beliefs that any expression of gender or sexual orientation of queer people is deviant and needs to be corrected. In other words, practitioners of conversion therapy believe that queer individuals are suffering from an illness that needs to be cured.

With today’s understanding and acceptance of gender and sexual expressions, this therapy is severely out of line with modern societal values and contributes to harmful stigma and discrimination towards the queer community.

Two people wearing masks hold each other facing the camera with a rainbow flagged draped over them.
In its 2015 Policy Statement on Conversion/Reparative Therapy for Sexual Orientation, The Canadian Psychological Association states that it “opposes any therapy with the goal of repairing or converting an individual’s sexual orientation, regardless of age”. Not only does the association say there’s no evidence to support the efficacy of conversion therapy, but it acknowledges its potential to do harm. “Conversion or reparative therapy can result in negative outcomes such as distress, anxiety, depression, negative self-image, a feeling of personal failure, difficulty sustaining relationships, and sexual dysfunction”.

The negative lasting effects are something Peter Gajdics knows all too well. He endured six years of conversion therapy in British Columbia, and has published a book, The Inheritance of Shame: A Memoir about his experience. In an op-ed for Maclean’s, Gajdics describes conversion therapy as “…soul-crushing torture that ends up not even being about ‘changing’ sexual orientation as it is about eradicating homosexuality, silencing it from the bodies of people who are gay”.

As of June 2021, four Canadian provinces and four major cities have introduced restrictions on conversion therapy. While these restrictions are steps in the right direction, they’re not total bans.

While provincial and city-level restrictions are encouraging, this doesn’t necessarily stop conversion therapy from happening. It can cut off public funding or force a practitioner to move their business, but the treatment can still occur with private funding or in another city. This patchwork approach could also take years to arrive at a full country-wide ban, meaning Canada’s laws will lag behind the moral and social consciousness of its residents.

In 2018, Lush joined an action initiated by YQueerL and Lethbridge Public Interest Research Group to call on the federal government to end conversion therapy in Canada and have it included in the Canadian Human Rights Act and the Criminal Code to protect children from abuse. Petition E-1833 was presented to the House of Commons by Member of Parliament Sheri Benson on February 1, 2019 with 18,200 signatures.

Since then, the federal government has introduced legislation Bill C-6 with strong language to amend the Criminal Code and create the following offences:

It also amends the Criminal Code to authorize courts to order that advertisements for conversion therapy be disposed of or deleted.

Bill C-6 needs your support. Take action to tell our government that conversion therapy has no place in Canada.

If you’re a trans person thinking about suicide or experiencing a crisis, please call the Trans Lifeline at 1-877-330-6366 for confidential support from other trans individuals.

Reproduced with permission from LUSH